Epilepsy is a neurological condition which affects the nervous system. Epilepsy is also known as seizure disorder. It is usually diagnosed after a person has had at least two seizures that were not caused by some known medical condition.

Seizures seen in epilepsy are caused by disturbances in the electrical activity of the brain.

Does a Seizure Mean I Have Epilepsy?

Epilepsy is the term used to describe when you have reoccurring seizures. If you've experienced recurring seizures (2 or more) and all other possible causes have been ruled out - such as alcohol withdrawal, extremely low blood sugar, heart problems, or other medical conditions - you may have epilepsy.

Epilepsy is caused by irregular brain activity and can develop at any age. Some people are born with a defect in the structure of their brain. Others have had a head injury, tumor, lead poisoning, stroke, or an infection causing epilepsy. The seizure might not occur until years after the injury, but in all cases, a seizure is the common symptom.

Epilepsy is a general term for a group of disorders that cause disturbances in electrical signaling in the brain. Like an office building or a computer, the brain is a highly complex electrical system, powered by roughly 80 pulses of energy per second. These pulses move back and forth between nerve cells to produce thoughts, feelings and memories.

An epileptic seizure occurs when these energy pulses come much more rapidly - as many as 500 per second for a short time-due to an electrical abnormality in the brain. This brief electrical surge can happen in just a small area of the brain that is affected, or it can affect the whole brain. Depending on the part of the brain that is affected, the surge of electricity can cause:

These changes are known as an epileptic seizure.

The doctor will first want to talk to you about trying a seizure medication. There are many different medications that are taken daily to control seizures. Some will work for certain kinds of seizures, yet others may work for many different seizure types. Choosing the right medicine depends on a number of factors such as:

There are many other or alternative treatment possibilities for patients with epilepsy depending on the type, severity, frequency and cause of seizures. These include additional medication, surgery, dietary therapies, vagus nerve therapy, as well as other complementary health approaches. 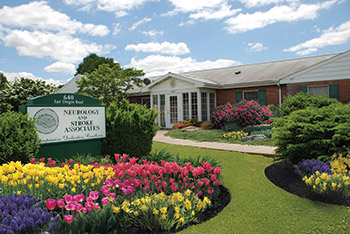